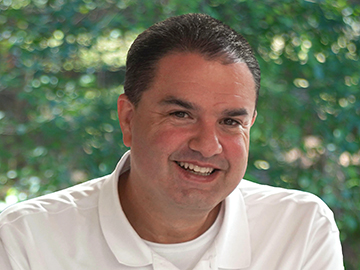 Danny has been a leader in overnight camping for more than 13 years, and most recently served as Executive Director of URJ’s 6 Points Sports Academy, 6 Points Creative Arts Academy, and 6 Points Sci-Tech Academy. He has a 15+ year career in education, serving on the senior administrative team at Jewish schools in Southern California and South Florida. He’s held the roles of teacher, coach, dean of students, and athletic director. Danny has been involved with Jewish sports for more than 20 years, starting with coaching at the JCC Maccabi Games® and then was the first coach in Broward County, Florida to coach a McDonald’s All-American. He is an avid public speaker at camp conferences and other youth-related events. Born in South Africa, Danny has lived in the U.S. since the late 1980s. He earned a bachelor’s degree from the University of Florida and a master’s degree from Ohio University. He is a certified camp director by the American Camp Association (ACA) and a certified athletic administrator (CAA) by the National Interscholastic Athletic Administrators Association (NIAAA). 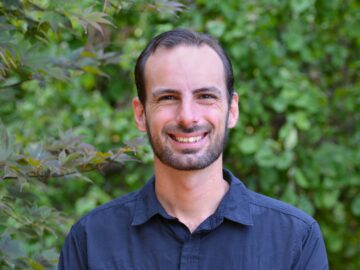 Dave spent over a decade traveling from Sarasota, Florida to work at Camp Barney before joining our year-round team in 2015. Dave’s experience at Camp Barney includes several summers as a member of our Naturecrafts Staff, two summers as the Naturecrafts Director, three summers as a Program Director, and one summer as Director of our Staff In Training program. He holds a bachelor’s degree in Computer Science and History from New College of Florida in Sarasota. In his role as associate director, Dave combines his passion for working with kids in the great outdoors with his background in computer science and logistics. At Camp Barney, Dave is responsible for essential elements of camp operation, scheduling, ACA compliance and accreditation, and technology.

Reach out to Dave to talk about operations and logistics at Camp Barney including questions about the Marcus Health Center, food services, camp photos, virtual info sessions, camp facilities, scheduling, or vendor relations. Please also contact Dave if you’re interested in working at camp in a support role (health center staff, photographer, or driver). Dave also loves to talk about great outdoor experiences in the Southeast. 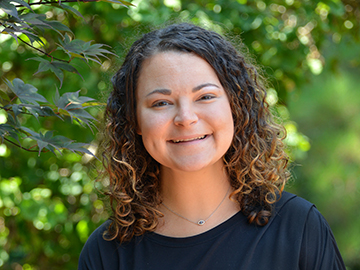 Emily first attended Camp Barney in 2008. Since then, she’s gone from camper to staff member, spending summers working with our Chalutzim unit and staff members who graduated into our vocational program. She earned both her bachelor’s degree and master’s degree in Clinical Social Work with an emphasis in Disability Studies from the University of Georgia. In 2018, Emily joined the Camp Barney team as our Inclusion Director, and worked over the past several years to create our Community Care program. In her role as Assistant Director, Emily works closely with parents/guardians throughout the year to help ensure that our campers have impactful and positive experiences at CBM. She supervises all staff working with our units (age groups), and both our Inclusion and Community Care Directors to support consistent communication and collaboration amongst the team.

Reach out to Emily with questions about your camper’s experience at camp, to share information about your camper that helps us provide them with the best experience possible, or to talk about a job at camp as a counselor, unit head, or member of the community care team. 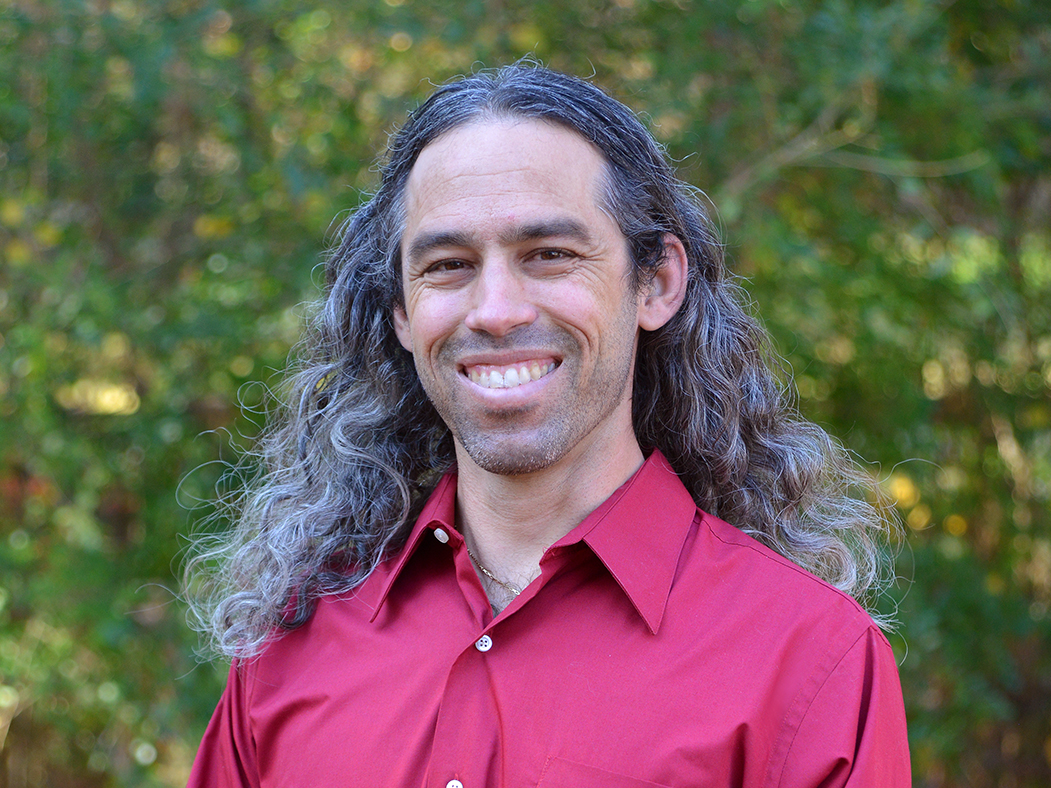 Josh Orphanidys (pronounced Or-fan-ee-dees) believes in the power of personal and community transformation through the connections, interactions, introspection, and fun had at camp. As the Specialty Areas Director, Josh ensures a safe, fun, and engaging atmosphere throughout all specialized activities at CBM. He previously served as Program Director in 2015 and Waterfront Director in 2013-2014. Josh holds a B.A. in Religious Studies from Eckerd College and an M.S. in Human Services with a concentration in Organizational Management and Leadership from Springfield College. He has worked nationally and internationally with at-risk populations and experiential and outdoor education. He lives in Atlanta with his girlfriend, Tania, and their cat, Pedro. Josh enjoys hiking, caving, climbing, gardening, traveling, reading, and theatrical performances of puns. Well, actually, he just likes a good play on words.

Reach out to Josh if you are interested in being hired as an activity specialist or a manager of a specialty area, to enquire about activities at Camp Barney, to discuss new specialty programs at camp, to talk about CBM staff training, or to share a 10/10 dad joke. 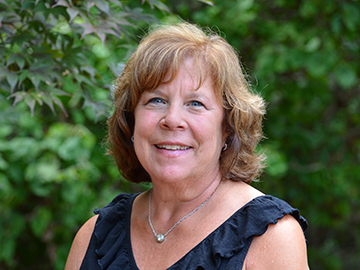 Lisa has worked in our Atlanta office since 2001, handling all our paperwork, forms, and phone calls from parents, staff, and others. A former member of the MJCCA’s Executive Board and a graduate of the Erwin Zaban Leadership Development Committee, Lisa became involved with Camp Barney by being a member of the CBM Committee. Lisa attended Camp Barney as a camper for four summers from 1969-1972. Lisa graduated from the University of Georgia with a Bachelor of Social Work. She was born and raised in Atlanta and is married to Mark. They have two daughters, Lauren, a Camp Barney camper for eight summers and a staff member for three summers who is now practicing law in Atlanta, and Megan, a Camp Barney camper for eight summers who is now working at the Center for Disease Control and Prevention in Atlanta.

Reach out to Lisa with questions prior to enrollment, remaining spaces available, forms for campers and staff, camp tours, communication at camp, and any other general camp questions. If you’re not sure who to contact, please reach out to Lisa and she’ll be happy to put you in touch with the right member of our team. 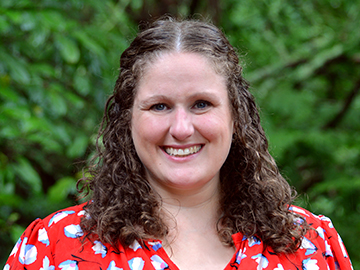 Rachel has been an integral part of the MJCCA since 2011. She joined the Camp Barney team as Administrative Director in 2019 and oversees registration and several other administrative functions. Rachel also supervises the MJCCA registration team and is Director of Business Operations for MJCCA Preschools. Rachel holds a bachelor’s degree in Economics with a minor in Computer Information Systems from Georgia State University. Originally from Cleveland, Ohio, Rachel moved to Atlanta in 2006. She and her husband, Ben, have two young children, Eli and Gabe, who are both Camp Barney campers. 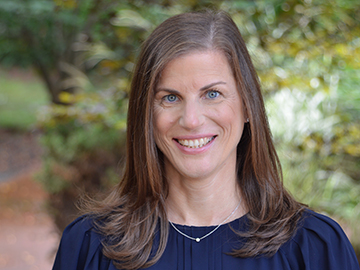 Debbie has worked in the CBM summer office since 2008 but spent much of her camp career as a camper and staff member from 1985-1997. Her roles at CBM included JIT Rover, counselor, unit head, and ultimately program director. Debbie is a graduate of the Erwin Zaban Leadership Development Committee and has served on the CBM Camp Committee for several years. Debbie holds a B.S. from University of Alabama. A proud 3rd generation Atlantan, Debbie is the granddaughter of camp namesake Barney Medintz. She is married to Ryan and they have two sons, Harris, who attends U of Wisconsin and Justin, who attends UGA. Both boys grew up going to CBM!

Reach out to Debbie about CBM merchandise, donations to CBM, social media, marketing, alumni relations, hosting international staff during their time off, or to share feedback about camp. 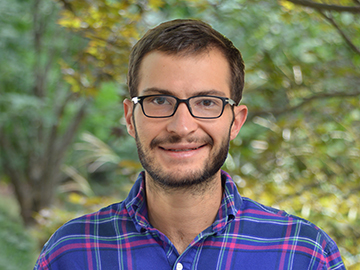 Bobby has been a part of the Camp Barney Medintz community since 2006. After his camper years, Bobby went on to be a counselor, unit head, and most recently, supervised our Teen Village, JIT, and Chalutzim units. His past experience includes recreational and vocational programming for adults with developmental disabilities, and he has played an integral role in supporting our campers and staff with special needs. Bobby earned his Bachelor’s degree from New York University, where he studied psychology and child and adolescent mental health studies. In his current role, Bobby oversees inclusion support for campers and staff, including our Chalutzim program and vocational program for graduated campers. 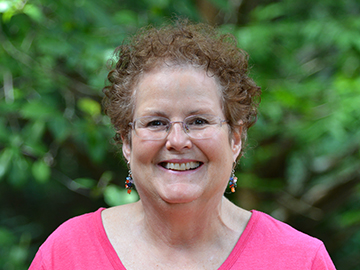 Fran attended Jewish day camp as a child in Savannah, GA and spent one summer at Camp Barney. She began working at Camp Barney Medintz in 2008 as the Alumni Coordinator, organizing alumni events, maintaining contact information of former Camp Barney campers and staff members, and keeping alumni up to date on CBM news and events. In 2010, she stepped into the role of Travel Coordinator, helping to make sure all our campers and their luggage make it safely to and from camp every summer. Fran attended the University of Maryland for her undergraduate studies and holds a Master of Science degree in Computer Information Systems from Georgia State University. Fran is married to Edward, and they have one child, Eddie.

Reach out to Fran if you have questions about camper applications and registration, staff applications, your online CampInTouch account, transportation to and from camp, shipping luggage, or recommendations about life on Tybee Island. 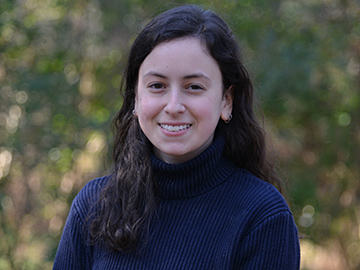 Eliya is no stranger to Camp Barney Medintz! She spent three summers there as a camper, and previously attended MJCCA Day Camps for multiple summers as well. She graduated with a B.A. from Georgia State University, and was an assistant manager at the Dunwoody Country Club daycare throughout college. She has been working at the MJCCA for a few years now, assisting with registrations for JCC programs and for CBM. Eliya was born in Israel, but raised in Atlanta and is so excited to be part of the Camp Barney team!

Reach out to Eliya if you have questions about camper account balances, billing, and vendor invoices. Eliya is also the point of contact for questions about staff contracts, payroll, or onboarding paperwork. 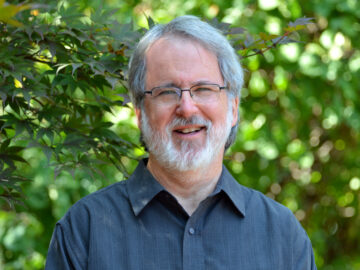 Mark has been on the year-round Camp Barney team in various capacities since 1994, though he first became part of the family in 1968 as a camper and later a summer staff member. Mark holds a bachelor’s degree in Business Administration from the University of Texas. When he is not helping coordinate logistics for CBM, he is the Business Manager for Saul Nurseries. Mark loves seeing the impact that Camp Barney has on generations of campers and families.